Bollegraaf and Kooi team up to prevent fire at recycling companies

Drachten, 22 April 2021 – Kooi - a camera security specialist, and Bollegraaf - a world market leader in waste processing systems, have joined forces to prevent fires caused by waste overheating in European waste and recycling companies. Together, they will deploy smart cameras capable of detecting temperatures rising at dangerous levels thereby allowing for a timely action. Kooi has already prevented more than 350 potential fires with its system.

According to Burghgraef van Tiel & Partners, in the past three years alone, the Netherlands has experienced more than 243 cases of fire in waste and recycling locations resulting to tens of millions of euros worth of fire damage. This was made evident by recent figures provided by the risk analysis agency, Burghgraef Van Tiel & Partners, which works with insurers nationwide. 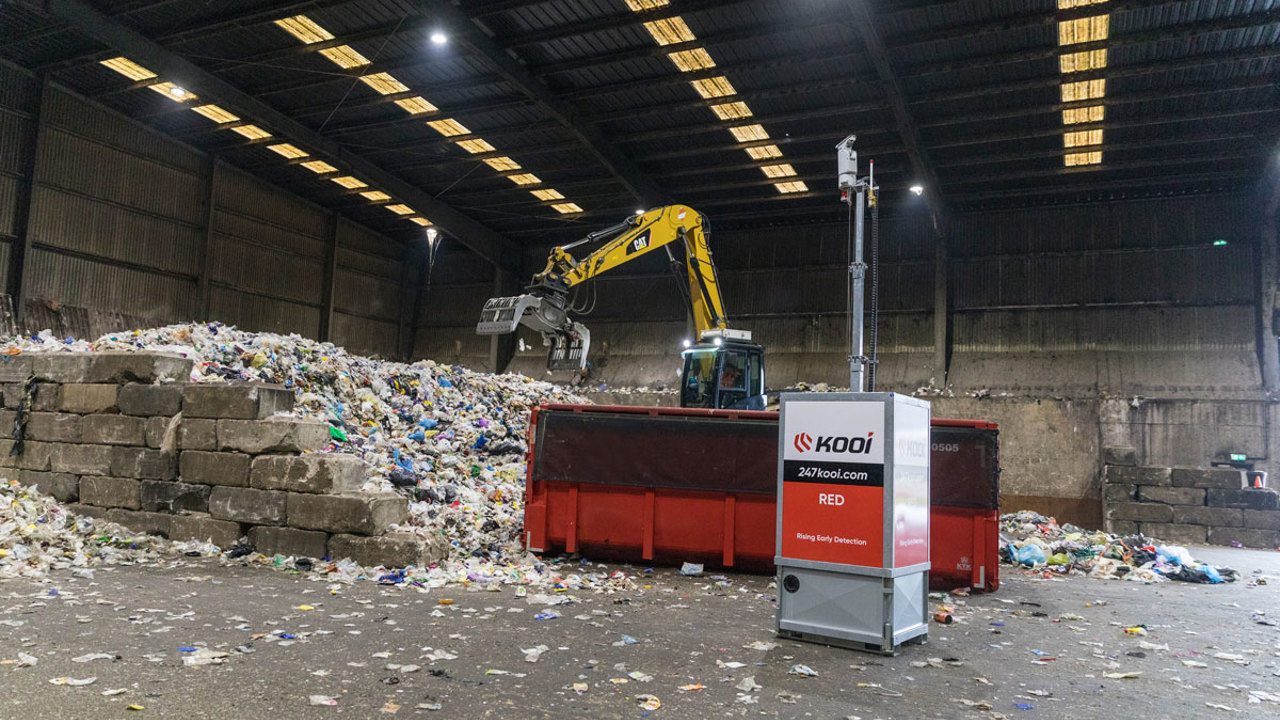 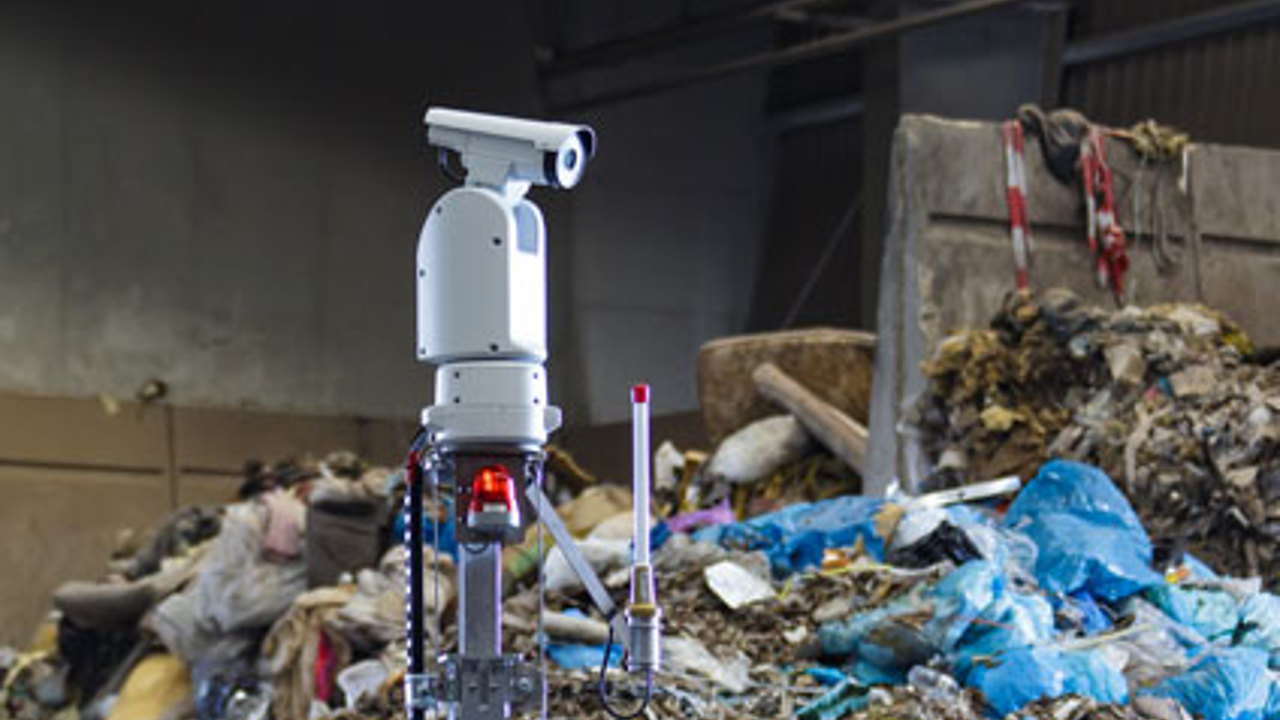 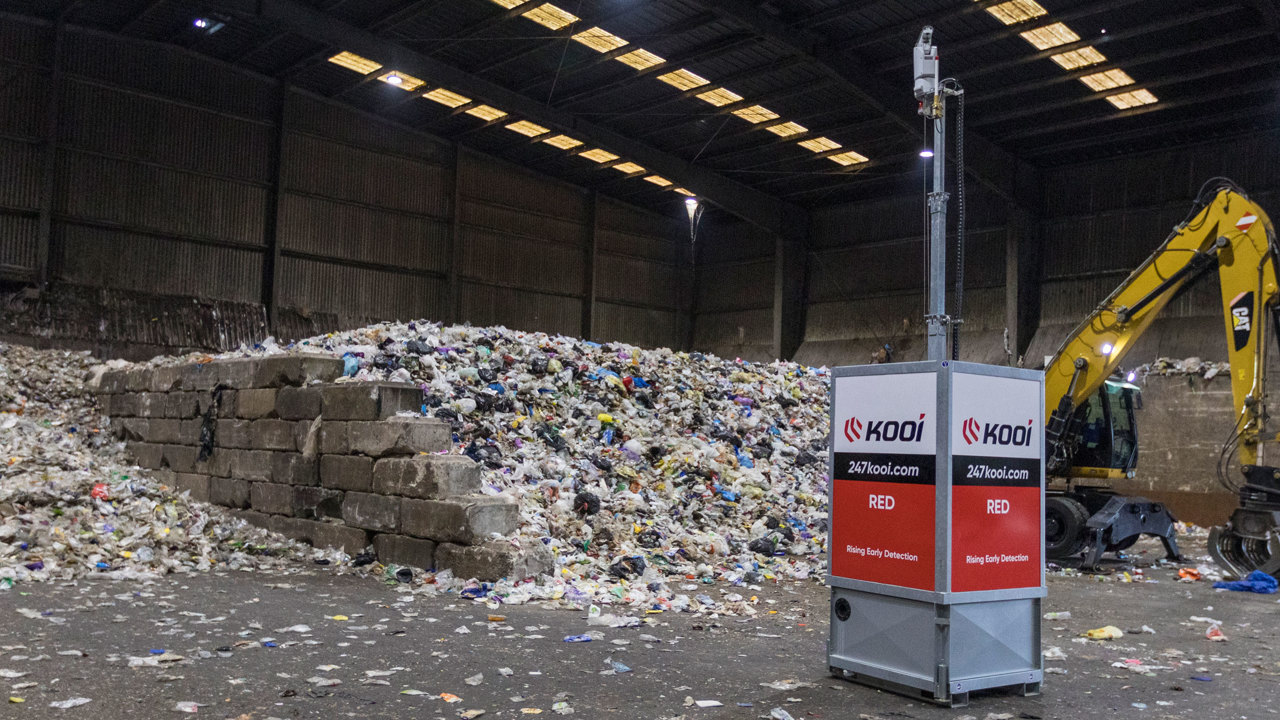 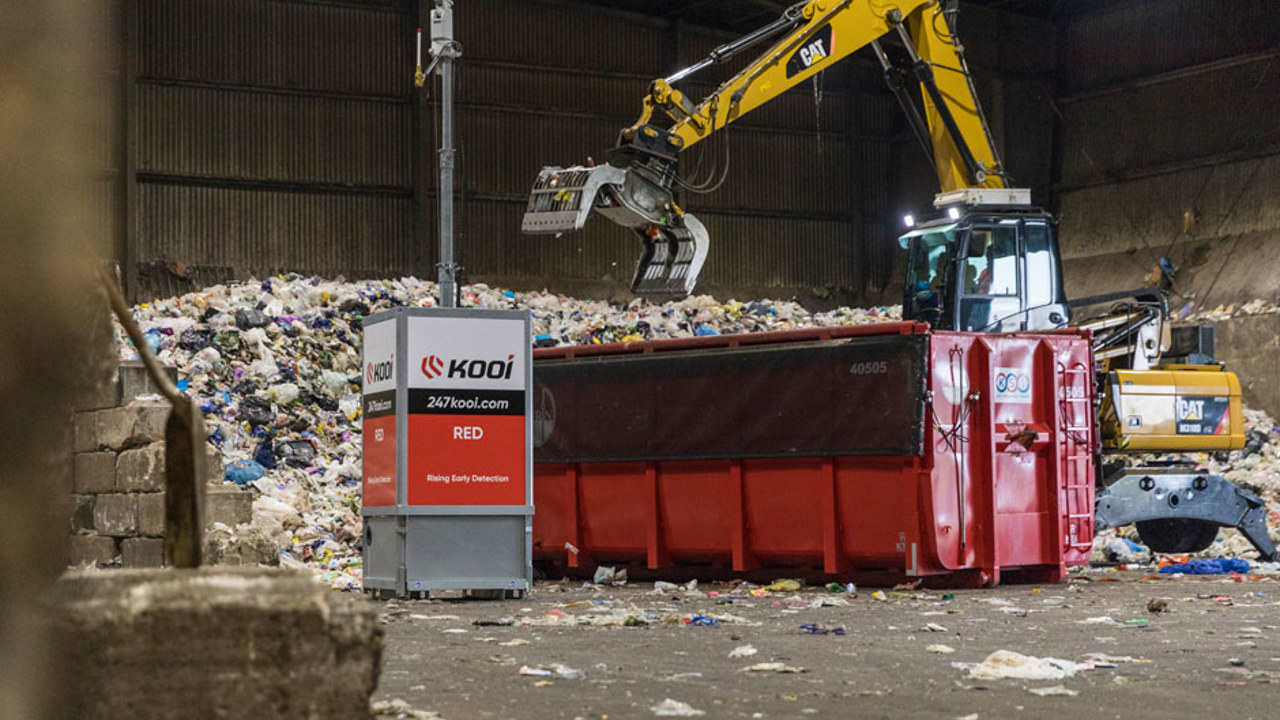 World market leader, Bollegraaf Recycling Solutions, will supply waste and recycling companies with Kooi's innovative Rising Early Detection (RED) system. RED uses smart technology that detects even imperceptible temperature changes. In the event of abnormal temperature increases, Kooi's specialists in the alarm centre are alerted immediately. When this happens, the protocol on preventing the escalation of the event is in effect. That means going into action with a concerted effort between the alarm centre, the security, the police and the fire brigade, depending on whichever assistance is called out for by the situation.

Bollegraaf has entered into an exclusive agreement with Kooi to distribute the RED system in Europe with the prospect of eventually going into a global scale collaboration. The system will initially be distributed to about one hundred waste and recycling companies. In this way, Bollegraaf and Kooi will help to reduce the risk of fire occurring due to waste overheating.

The “Nederlandse Vereniging Afvalbedrijven” (Association of the Dutch Waste Processing Companies) expresses its growing concern about the fires caused by overheating. According to the association, it’s a big problem that’s getting worse considering the fact that the amount of heat generating materials such as batteries in electrical appliances increases by the day.  The association is advocating for a national task force and have called on the attention of the State Secretary for Infrastructure and Water Management to take action on the matter.

Fires can arise in stored wastes. This problem occurs all over the world and it poses a serious risk to public health. Moreover, it can prove very costly to both the company and the insurer. The "Nederlands Instituut Van Register Experts" (Dutch Institute of Loss Adjusters - NIVRE) which keeps statistical records for the "Verbond van Verzekeraars" (Dutch Association of Insurers - VvV), spoke of 'dozens of fires' in just a few years’ time and assessed the total damage over a period of three years at 175 million euros. In 2018, NIVRE wrote: "This could be a reason for many insurers to cancel insurance policies with customers."

According to the "Nederlandse Vereniging Afvalbedrijven", infringements of the rules are almost never the cause, but overheating caused by over-stacking the waste is. CEO Pieter Kooi said of fires in waste recycling stations and of the technology that can prevent it, "It is a serious problem for the sector. The risk increases in the summer when waste is stored at facilities for longer periods of time due to lower collection frequency and fewer preventative maintenance stoppages. Fires appear to happen spontaneously and occur in waste stored at waste transfer stations, the sites where waste is waiting to be processed and sometimes when still in the refuse lorries. However, we can anticipate the occurrence of this seemingly invisible threat using smart technology."

Edmund Tenfelde, Bollegraaf’s CEO, said of the advantage of the RED system against the dominating existing fire prevention solutions, “The RED system is automated. It has a rotating thermometric camera that continuously monitors and records the temperature of the waste and the area around it. Efficiency and effectivity are the edge of RED. It takes out the hassle from employees manually monitoring the site with hand-held infrared cameras at certain time periods. The RED system continues to prove its performance advantage to as many as twenty-two European countries to date. This system fits into our philosophy seamlessly.”

In its 60 years of existence, Bollegraaf has frequently dealt with the fire problems of customers, both in the Netherlands and at waste management companies elsewhere in the world. For example, at least 317 fires and a total of 23 injuries were reported at waste and recycling companies in Canada and the United States in 2020. Fire Rover, a fire prevention specialist that collects statistical data, believes this is just the tip of the iceberg. In the UK, lithium-ion batteries are responsible for half of the waste fires that occur each year. According to the research recently published by Eunomia consultancy, the cost averages £ 158 million a year. And that is in the UK alone.

According to Kooi, "Fires at waste processing sites are a global problem. It is crazy that statistical records are not kept across the EU while an increasing number of appliances containing batteries are coming onto the market that are a fire hazard and that all too often end up in waste. The problem affects us all. On one hand, the production chain is endangered when raw materials obtained from recycling are lost. And on the other hand, large waste fires constitute a risk to public health. Demand for our system has grown significantly since its launch and through our smart technology and value for specialised customer centred service from A-Z, we have  already prevented more than 350 incidents. Many dangerous situations can be avoided by creating greater awareness and taking preventive measures."

Bollegraaf Recycling Solutions BV is a world leader in engineering and manufacturing complete turnkey sorting and recycling solutions. Bollegraaf has its own offices in various European countries, an extensive dealer organisation in the USA and Canada and partnerships on all six continents. Recycling systems with capacities ranging from 70 to 100 tonnes per hour have been built for various customers in metropolitan areas. The sorting and recycling systems designed by Bollegraaf Recycling Solution have received numerous awards, including the National Waste & Recycling Association (NWRA) award that was given to the Houston Materials Recycling Facility (MRF) that Bollegraaf designed for the recycling company, FCC Environmental Services.

Kooi is an international company that found its roots in Friesland, the Netherlands. It specialises in “mobile” camera security and is the European market leader in several branches in the field. Company Director Pieter Kooi was only 26 years old when he founded Kooi in 2010. The company now employs 150 people and operates in 22 European countries where approximately 2,000 Kooi cameras keep watch over the properties of power and construction companies and monitor potential fire hazards at waste processing sites on a daily basis, 24/7. With its own systems, including the Unit For Observation (UFO) and Rising Early Detection (RED), Kooi monitors even on sites that lack any form of energy or data connection. All locations are actively monitored on a 24/7 basis by the Kooi Alarm Center in Drachten. The Kooi Alarm Center is located in the underground vault of the former Dutch Central Bank building. Kooi is nominated for the award, Frisian Enterprise of the Year 2021. 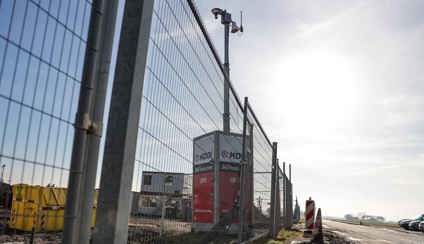 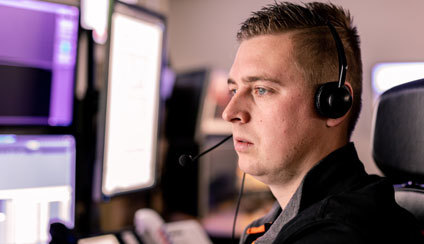