'I can be a pioneer again and it feels wonderful'

Floating on a lilo in the Mediterranean, he made a choice. Pieter Kooi (36) started his own business when he was 26. Ten years later, he conquered the international market and gave a Christmas speech to his hundred members of staff. Time to look back, as well as ahead. How did it all start, what are the downsides of success and what course is Kooi heading for? ‘Contact with others. That's more interesting than cows.’

How did the home front respond ten years ago when you told them about your ambitions to start your own business?

“Very casually. They knew I'd set up my own business at some point. I come from a family full of entrepreneurs. My father was a farmer and until I was fifteen, I wanted to become a cattle farmer too. My family weren’t conversationalists but as I grew older, I turned out to have a way with words. I advised customers in a repair shop, I delivered apple cake to holidaymakers who’d initially only ordered coffee and I visited companies to sell printers. They were all different jobs that brought me into contact with people. That was more interesting than cows. Ultimately, I wanted to be independent and that’s how Kooi Security was born.”

‘I didn’t have enough resources and knowledge. I couldn't continue on my own.’

Is ‘independence’ the biggest reason for you to run your own business?

“Absolutely! I had an enormous drive to make people happy in my own way and with a fantastic product. The first three years were devoted to pioneering. There were twenty of us and we gradually increased our knowledge of the technology of mobile camera surveillance. In those days, I installed the Units for Observation myself. I and a colleague flew to South Africa once, to connect a system. Fantastic! I loved being in control. For instance, I decided which truck carried the materials. After that phase, we had our own incident room, we formed departments, I had more responsibilities and ultimately, I realised I couldn’t continue on my own. I didn’t have enough resources and knowledge.”

‘Whenever I turned up with a Chinese takeaway, my parents knew exactly what was up. He needs money again.’

Quite a confrontational discovery for someone who wants to be independent ...

‘It was the only moment during a ten-year period that I was at my wits' end. Before, I often turned up at my parents’ house with a Chinese takeaway and they knew exactly what was up: he needs money again. But this time, fifty thousand Euros wasn’t going to be enough. I was at a complete loss. It was the summer of 2016. Europe had emerged from the crisis. Kooi Security was growing by 20% each year but I thought we could do better. Other companies were overtaking me and I spotted opportunities in the Netherlands, Germany, France and the United Kingdom. I couldn’t do it all at the same time and had to make a crucial decision for the future: do I accept the fact that the market around me is going faster than me or do I opt for a considerable period of growth? The latter would mean I’d have to sacrifice a bit of myself.”

‘I sacrifice a lot of my independence to allow the business to grow.’

Do you take such important decisions on your own?

“Follow your heart, is what my wife Margot said. I remember it as if it was yesterday. Our oldest daughter, Elisa, was born at 14.07 on 14/07/2017, the French national holiday. I received a telephone call fifteen minutes after that magical moment. A strategist offered me a good deal to take over Kooi Security. I kindly declined. Apart from the fact that he wanted to conduct business while he knew my wife was going to be induced that day, selling my entire business just didn’t feel right. I was surrounded by a team of financial consultants at the time. After a lively phase, I decided to continue with Bencis, an independent investment company. I was prepared to sacrifice a lot of my independence to allow the business to grow.”

‘I was frustrated, emotional and determined at the same time.’

Was it a quick deal?

‘No, in fact, it almost fell through. That’s something else I remember well. The spring of 2018. We had booked a hotel in Lemmer to go skûtsjesilen as a family. I was about to hit the water when I received a phone call to say the deal was likely to fall through. I was overwhelmed with a sea of emotions. I was frustrated, emotional and determined at the same time. I had invested so much time and energy in choosing Bencis and now it was about to fall through because of ‘a couple of Euros’? I instructed my consultant to close that deal, no matter what. In complete ignorance, I switched off my phone and boarded my skûtsje. I let go of my emotions during the race. I couldn’t be reached for two and a half hours, we won the race and I came back on dry land.

‘I’m back to pioneering, but at an international level.’

“I had a couple of missed calls. When I called my consultant, he saved the situation: ‘We did it!’ I literally fell on my knees. Such a release. A double whammy on a single day! Bencis has money, knowledge and expertise which means I can start all over again after ten years and it feels wonderful. I’m back to pioneering, but at an international level. No more need to miss out on opportunities. We’re strengthening our position in the European market. We’re opening new incident rooms and several local offices in Germany as well as France. We’re also investing in growth in the UK. And we’re focusing on the growth opportunities in Scandinavia and Central and Southern Europe. We now have a full four-man management board who give me tremendous support. I no longer have to do it all by myself.”

‘I took two weeks off for the first time in ten years.’

What has been your biggest lesson during ten years of Kooi Security?

“There have been several. The last three difficult years were also the best, because I gained new insights. Especially for myself. I had to learn to let go more, to give people responsibilities and to let them know I have confidence in them. This allows me to enjoy the business more, as well as the work/home balance. I took two weeks off for the first time in ten years. I’d like more of that. Sure, I went to the office four times to have a coffee, but that doesn’t count as work. It’s a way of life. I enjoy keeping a watchful eye on my rivals, spending my energy on new ideas and convincing others of my plans. That’s my passion, it comes naturally and it costs me no energy whatsoever!”

‘Who knows, I may allow myself one dad’s day every week.’

What’s your preferred course for the business?

“Now that we have Bencis on board, things have only just begun. Turnover in 2019 rose by 65% compared to 2018. That’s three times as much as we used to achieve, so I’m glad I made this important decision for the business. It allows us to continue to grow and for me, that’s a dream come true! I don’t look too far ahead. During the next few years, we’ll focus on our European expansion. Secure the leader position. Apart from UFOs, we now also focus on our R.E.D., the Rising Early Detection. They are heat detection systems that monitor the temperature of batches of heat and fire-sensitive products. There’s also still a lot to gain internally. I’m looking for a good balance between young talented people and experienced members of staff. The right people in the right position. And hopefully, I’ll allow myself more time to relax. Who knows, I may take my family on a long trip to Asia, visit the Olympics in Japan or allow myself to have one dad’s day every week ...”

‘The new management team puts up a fight. I don’t want any nodders.’

Are you proud of your achievements?

“Kooi Security is internationally active in more than twenty European countries. We’ve grown from an SME into a professional organisation. From twenty to one hundred members of staff. In the beginning, we were lucky to have one of the world’s biggest wind turbine builders as a customer. They carried us across the borders. Now, I look for opportunities abroad myself and conclude strategic partnerships. Success is no longer a coincidence. Some of the gentlemen in the new management team sometimes know better than me. They put up a fight, which I love. I don’t want any nodders. We’ve set up a Kooi Academy where members of staff can work on their ambitions. They’re being coached and we pay specific attention to their personal development. I can sense the unbridled passion in the organisation and that’s certainly something I’m proud of.”

‘I drive to work with a big smile on my face every day.’

Kooi Security has been around for ten years and you've been through so much already. Doesn’t it make you feel old?

“Haha, we have a mature organisation, but I’m still young at heart. Sure, some meetings are hard, emotions sometimes run high and we’re under pressure to make difficult decisions. But there’s always room for a chat and a joke. I drive to work with a big smile on my face every day. Back home, skûtsjesilen keeps me on my toes and alert. Once I’m out on that boat, I enjoy the beauty of the water and the nature that surrounds me. It really is very calming. I also get a lot of strength from my family. When I see those happy, smiling faces when I get home, I truly feel happy. And that’s what you do it for, ultimately. I still feel like that same energetic guy who was floating on a lilo in the Mediterranean and I hope I can continue to enjoy our fantastic organisation for many years to come!” 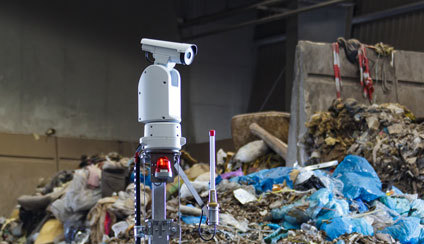 Maximum security and peace of mind 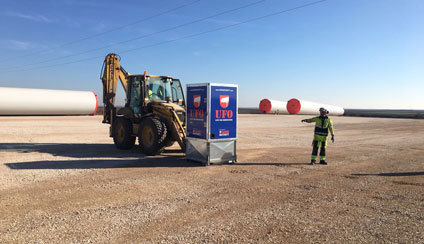